four countries that send the most health tourists to Iran 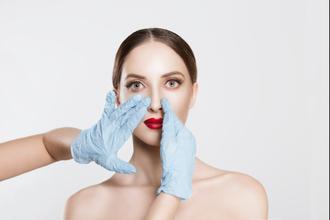 Medical-medical trips to Iran jumped with currency stimulus in the first six months of this year. Information from representatives of organizations active in the field of health tourism shows that in the last months of the year, almost the entire year, health tourists have entered the country.

Most of the tourists were from the Persian Gulf, Iraq, Syria and, of course, Iranians residing in Canada and Germany, who traveled to Iran to receive a variety of medical and hospital services such as plastic surgery, open heart surgery and orthopedics.

Foreign tourist arrivals to Iran aimed at "receiving and receiving medical services" hit a record high in the first four months of this year under the influence of currency stimulus.
According to the statistics of the first four months of this year, the number of incoming tourists who have traveled to Iran to use medical services was about 6,000, which is equivalent to the number of such tourists in one year. The boom in medical travel to Iran during the year following the growth of this type of foreign tourism in the past is due to the cheaper cost of travel to our country due to foreign exchange market developments. This stimulus, along with the expertise and expertise of Iranian doctors, has made the Iranian healthcare market attractive to foreigners. As for the main bases of medical-medical travelers to Iran, most health tourists - travelers who travel to Iran for medical treatment - are from Iraq, Azerbaijan, the Persian Gulf, Lebanon and Syria, and in addition Iranians residing Canada and Germany also travel to Iran for this purpose.
Most health tourists choose Iran as their destination for plastic surgery, open heart surgery, orthopedics and infertility treatment in women. Panahi said the country's foreign exchange earnings from Health Tourist attracted to the world of economy. Last year, $ 1.5 billion in foreign currency entered the country, a 4 to 5 percent increase in the fourth quarter of this year.

The tariffs set for tourists do not include subsidies given by the Iranian government itself, and the Ministry of Health has set a specific ceiling for their tariffs so that hospitals licensed for tourists can charge less for their services, which is the same rate. The policy has created a lot of competition among these centers to attract more health tourists and this is very effective in optimizing health tourism services.

One of the health sectors in our country is traditional medicine and herbal medicine. This is not an agreement that was signed, but the providers of water treatment services are a subset of health tourism that we are rich in with such centers and places.